Rachel Lindsay is one of the most outspoken Bachelor Nation alums. She is the co-host of several podcasts, co-owner of a football team and correspondent with Extra. It was her interview on the entertainment news channel that may be behind her recent absence from social media.

Social media users trying to find Rachel Lindsay’s Instagram on Friday, Feb. 26th were out of luck. No, she hasn’t blocked you. It seems the former Bachelorette quietly deactivated her Instagram. Since her Feb. 9th interview with Chris Harrison, she has been the subject of  immense hatred.

During the Extra interview, Chris Harrison vented for 13 minutes, mostly uninterrupted by Rachel. His appearance on the show was meant to defend Bachelor contestant Rachael Kirkconnell from allegations of racism.

However, it ended up torpedoing Chris Harrison’s job as Bachelor Nation host. He is currently on a temporary hiatus.

Many viewers were left with a bad taste in their mouths after Chris Harrison’s interview with Rachel Lindsay. Practically every former contestant of the Bachelor Nation franchise has spoken out in support of Rachel Lindsay.

However, not everyone is as supportive.

New Level of ‘Vitriol’ After Interview

Rachel Lindsay was the first Black Bachelorette in the show’s history. Unfortunately, not everyone was celebratory about her breaking barriers. In the time since her season, she has been an outspoken critic of the show’s lack of diversity. In fact, she led the charge for Bachelor to finally cast a Black man as the lead. They did for Season 25.

Then came the allegations that one of Matt James’ contestants, Rachael Kirkconnell, has a history of racially insensitive behavior.

While Chris Harrison spoke freely on Extra, many Bachelor Nation fans blame Rachel Lindsay. Even during her season, she had to deal with the network allegedly intentionally casting a racist.

The Bachelor Diversity Campaign social media account took to Twittering call out the “vitriol” Rachel has been getting. The tweet also calls for Bachelor Nation to show support for both Rachel and Taylor Nolan. Taylor is another alum speaking out about the lack of diversity.

We are sending our love to @TheRachLindsay and @taymocha. The racist comments and vitriol you are receiving is appalling. #BachelorNation please join us in showing your support.

Rachel Lindsay’s Twitter account is still active. She hasn’t given any clues about why she deleted her Instagram. But she did say recently that she plans to take a break from Bachelor Nation after her current contract expires. She has a contract to co-host the Bachelor Happy Hour podcast with Becca Kufrin.

Earlier this week, Rachel Lindsay showed Matt James her solidarity after his statement about Chris Harrison. People reports that she commented “Yes Matt Yes” on his Instagram post about the situation.

Stay tuned for more on this developing story.

Matt James’ journey to love continues on The Bachelor, Mondays on ABC. 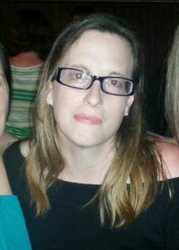 Jennifer Havener grew up in a small town in Upstate New York. She earned her B.A in Writing & Literature from Naropa University in Boulder, Colorado. She always knew watching reality TV shows and soap operas, particularly ‘Days of Our Lives’, would come in handy someday. When she’s not writing, she’s playing with her dogs, Lola and Ruger

What do you think?

Back to Top
Close

Your password reset link appears to be invalid or expired.

To use social login you have to agree with the storage and handling of your data by this website. %privacy_policy%